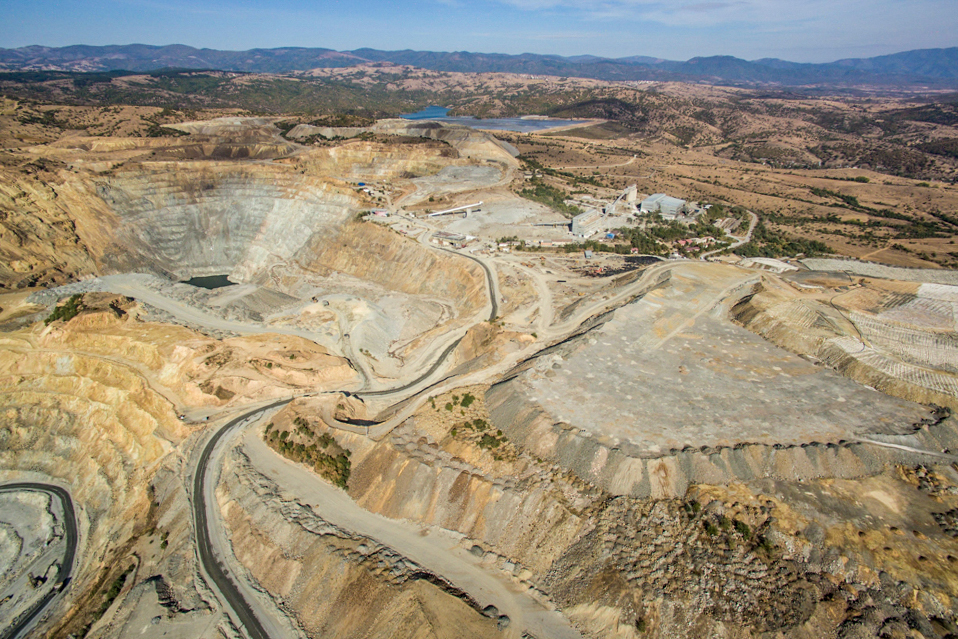 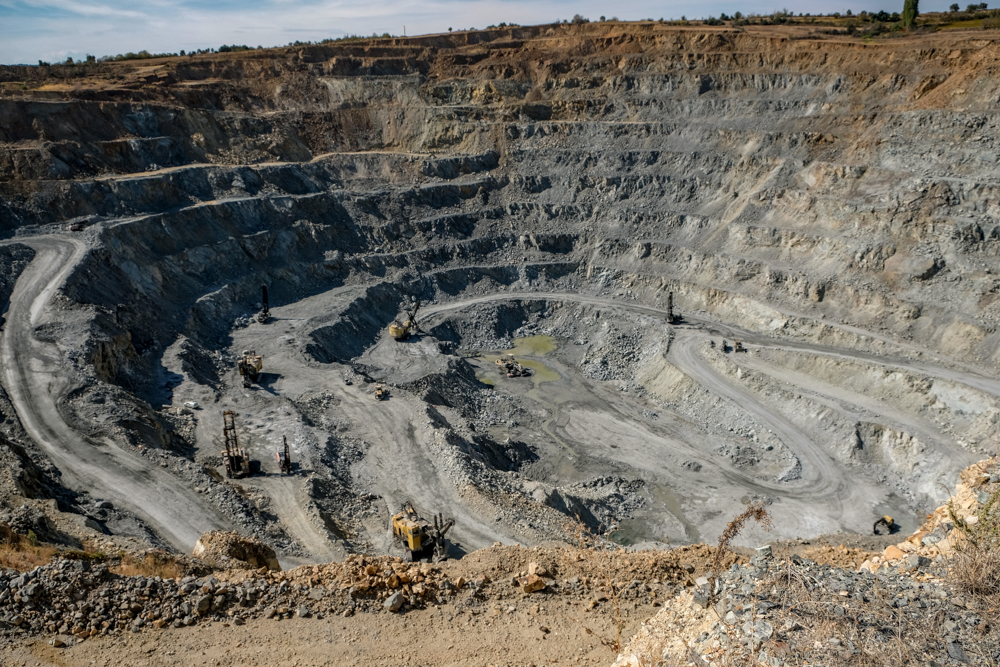 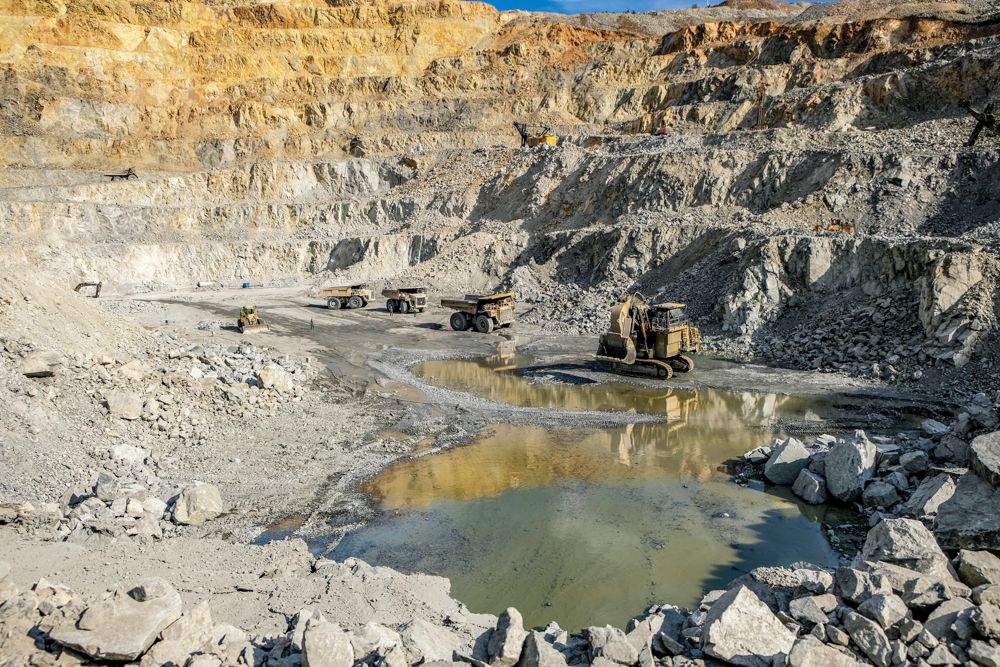 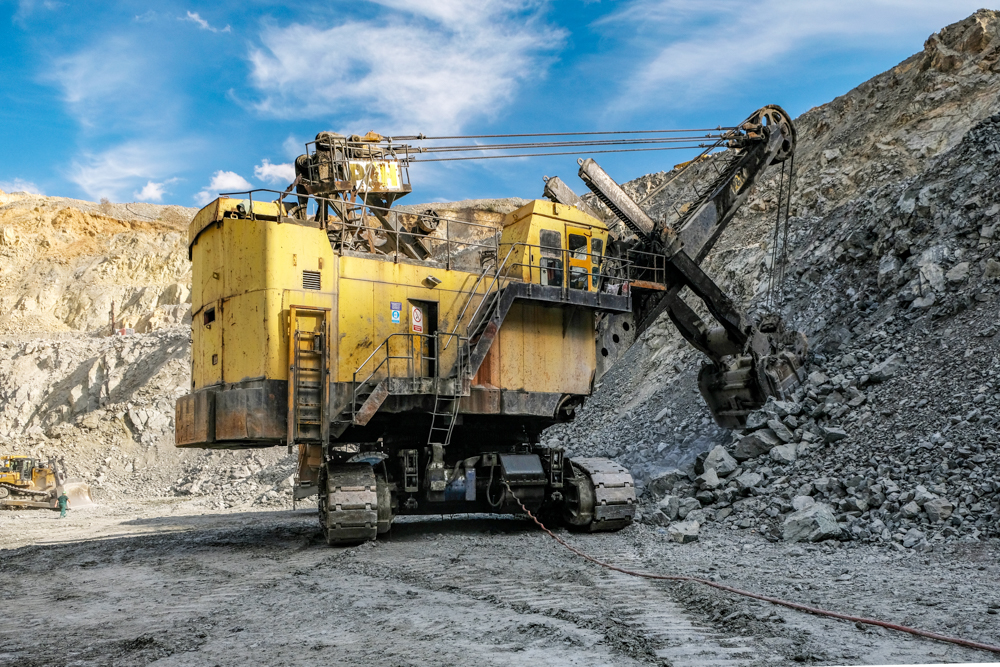 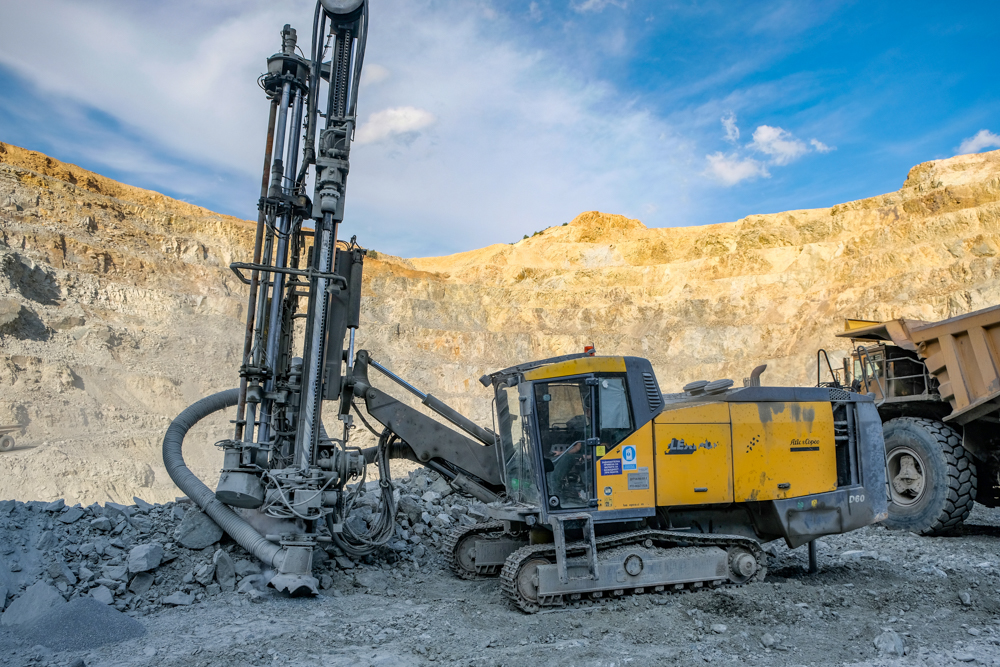 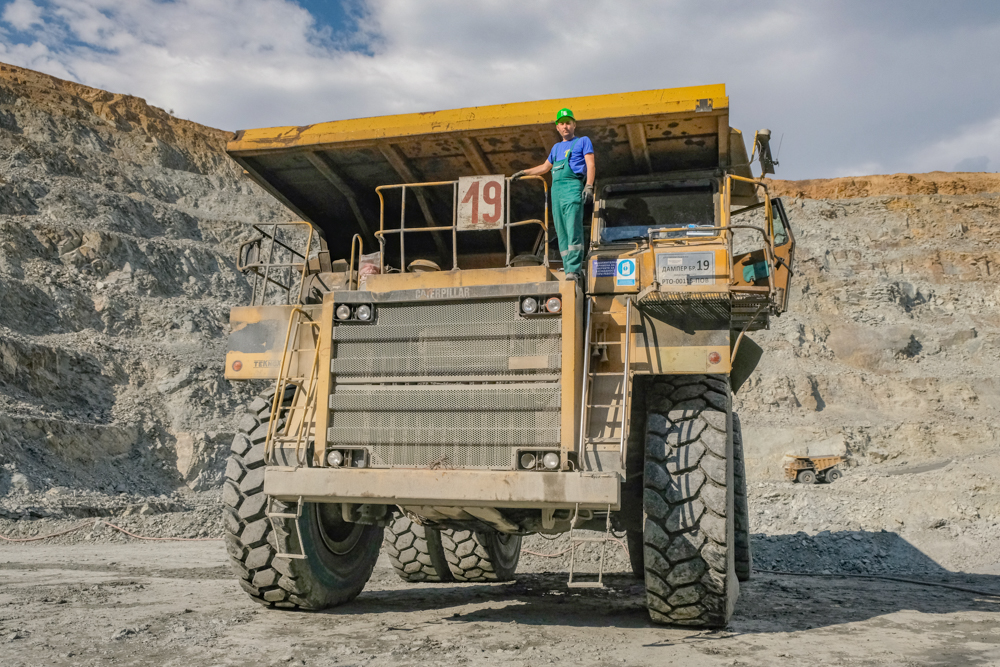 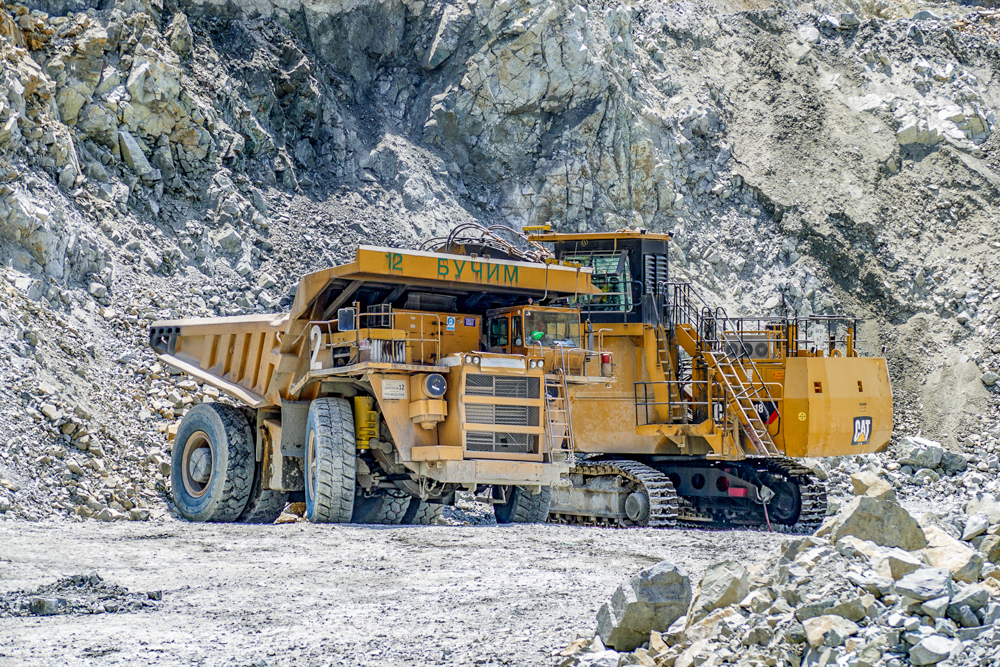 The Bucim mine consists of 5 ore bodies: 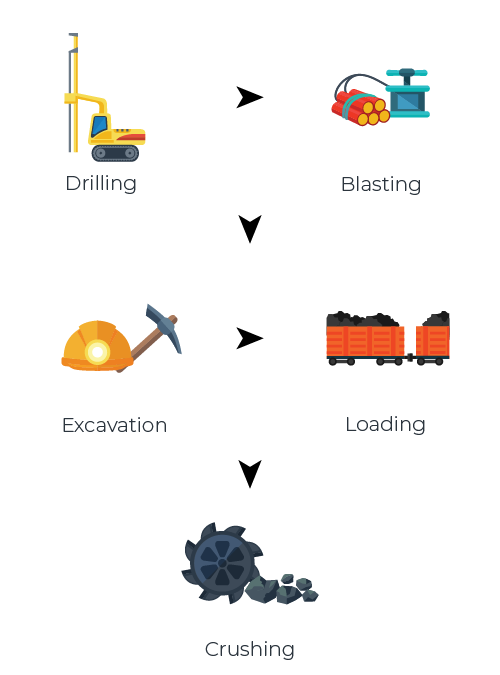 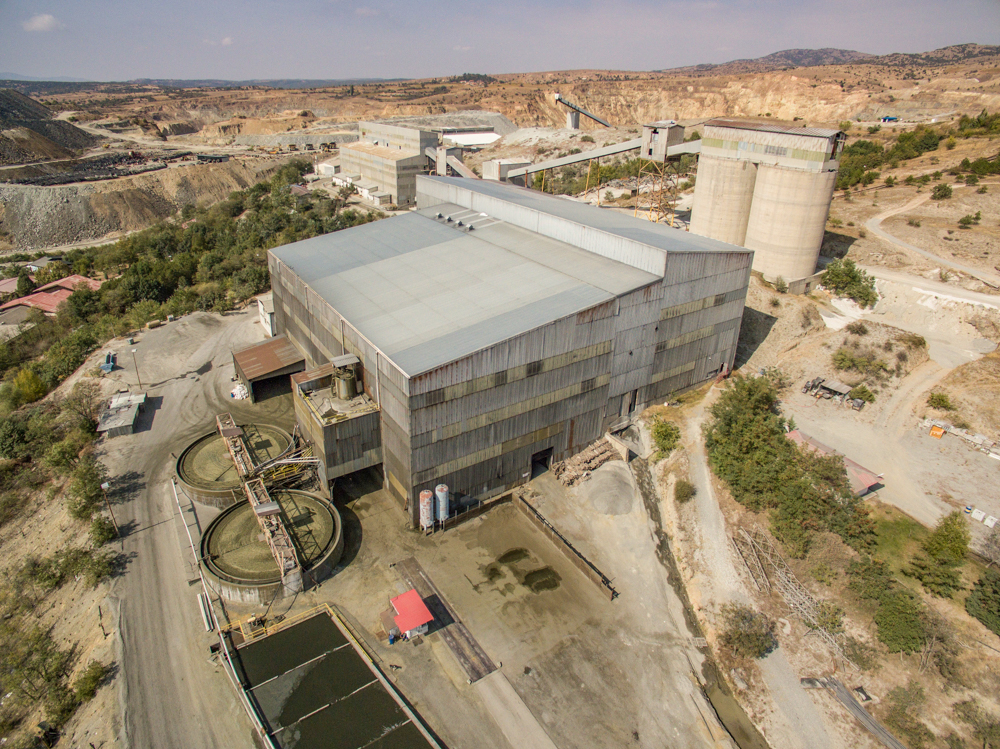 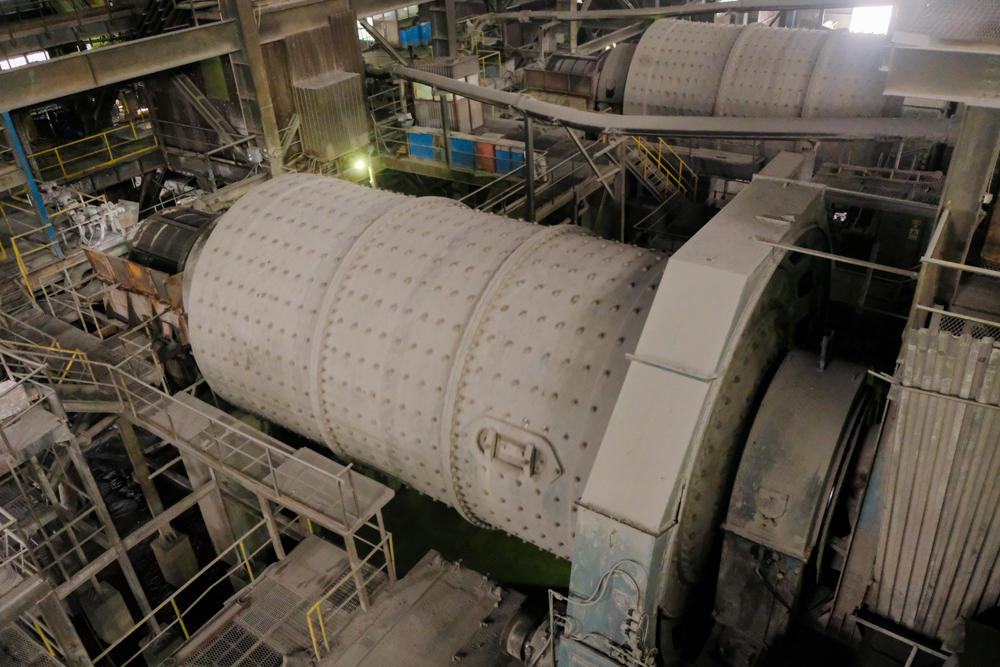 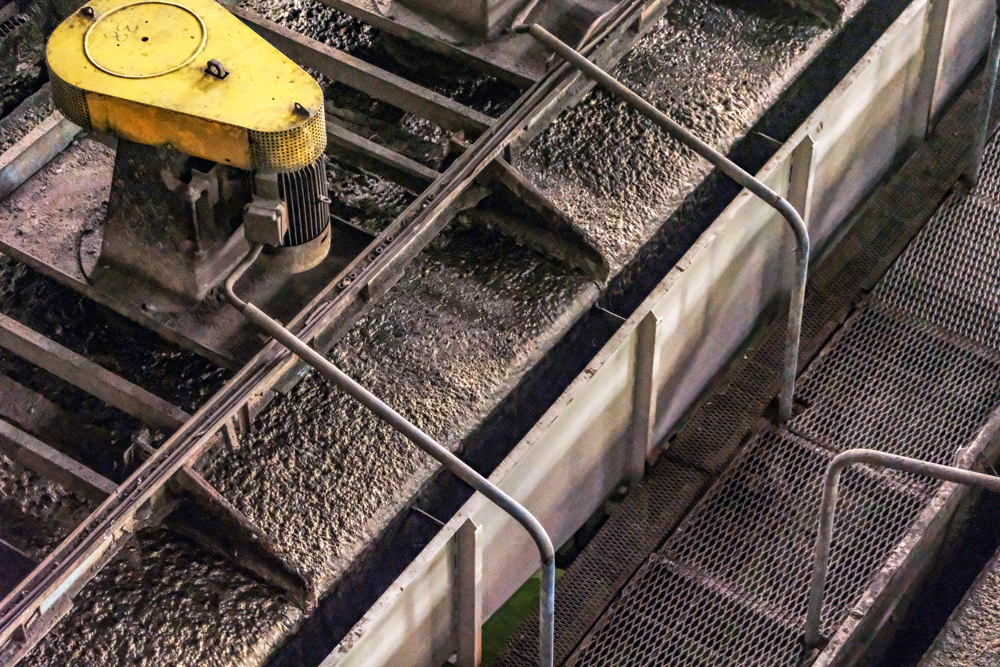 In the flotation plant, the mineral processing of ore takes place. Next is crushing, flotation to a copper concentrate, the finished product.

The final product of the flotation is the copper concentrate, which contains 21% copper and 10.5 g /t of gold.

Description of the production process: 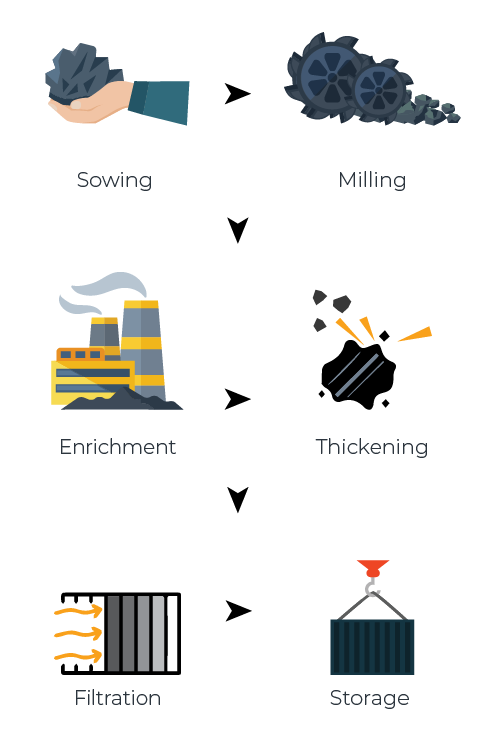 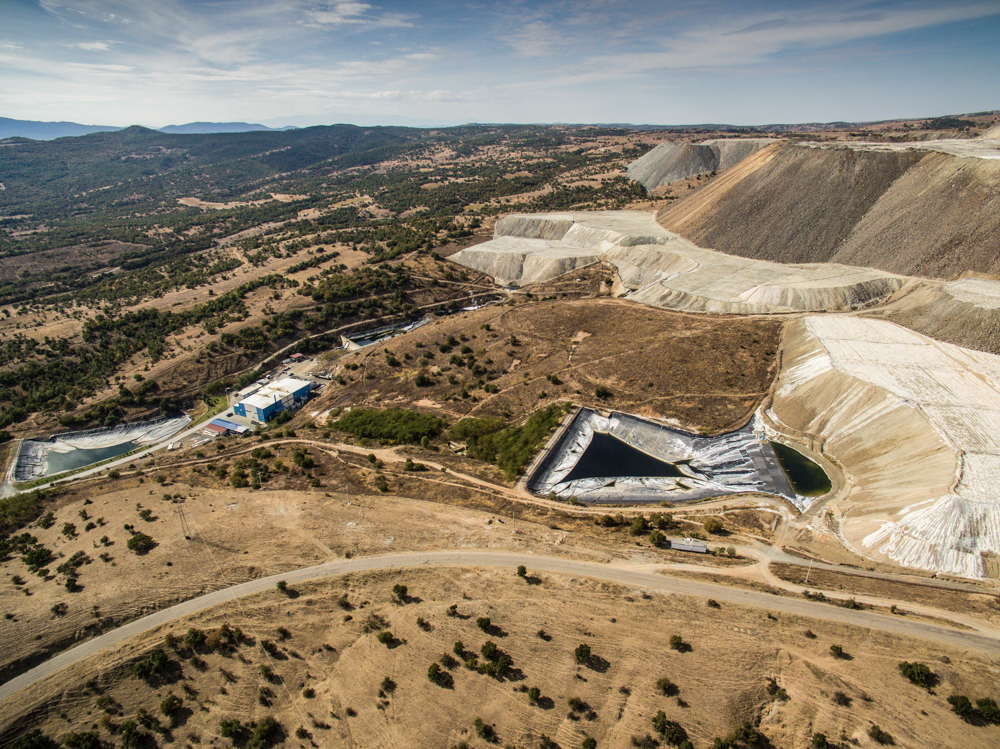 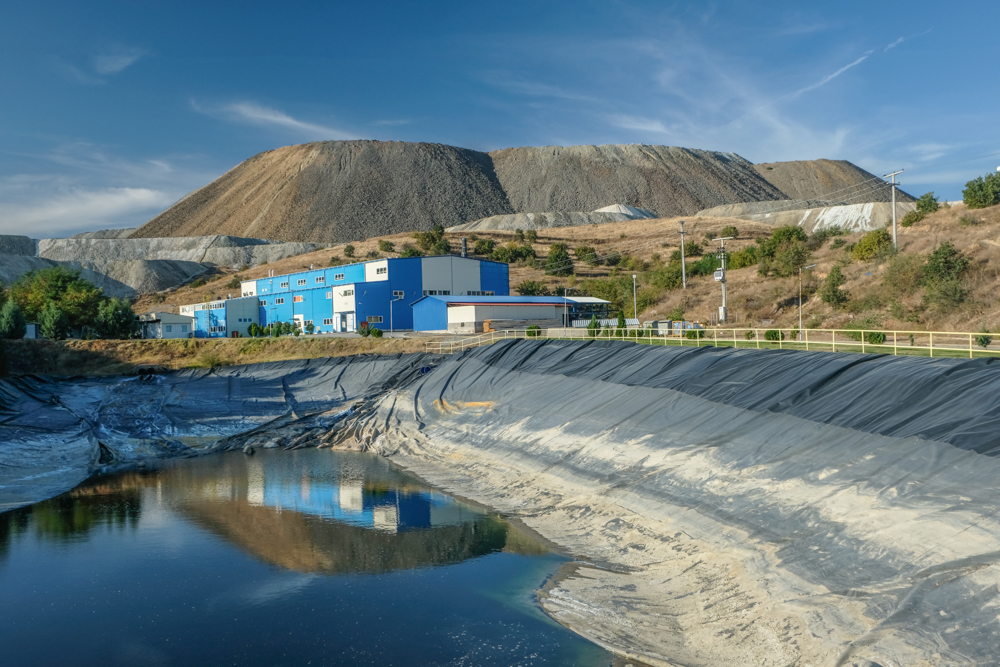 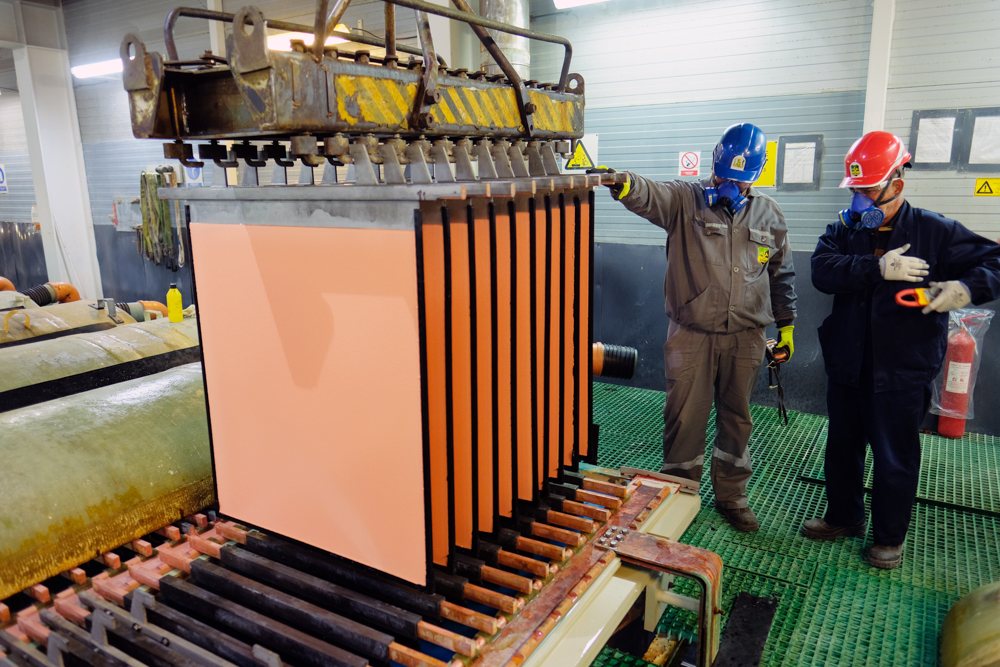 Within the copper mine Bucim DOO Radovish, a new unit for the production of cathode copper was formed in 2011, the leaching plant. Solway Investment Group invested in solvent extraction and electrowinning (SX/EW). Today, the SX/EW plant has an annual production capacity of over 2,000 tonnes of 99.999% cathode copper.

The potential danger of extinguishing an industrial capacity and endangering the environment culminated with the idea of applying this technology for obtaining electrolytic copper. The management of the Bucim mine transformed potential hazards into real benefits. For the first time in the Republic of North Macedonia, the final product was produced: cathode copper with a high purity.

The leaching production unit developed technology which is completely safe for the environment and contributed to the extension of the service life of the Bucim mine. It also allowed for the utilization of ores from the remaining technological processes and utilization of ore waste, as well as processing of the oxide ore and solved several problems from an environmental point of view. 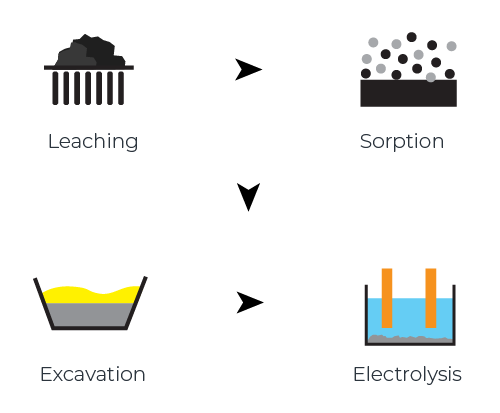 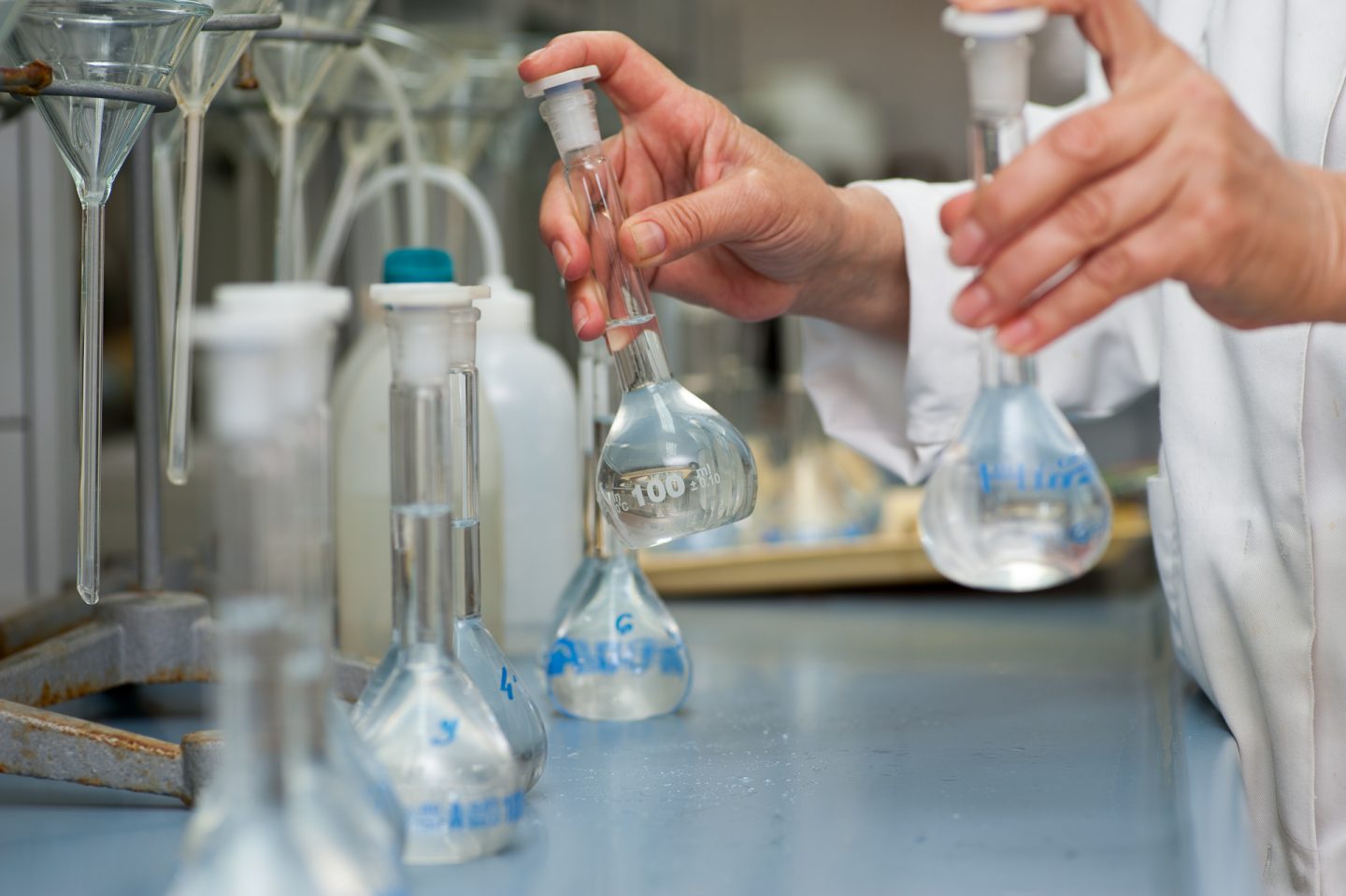 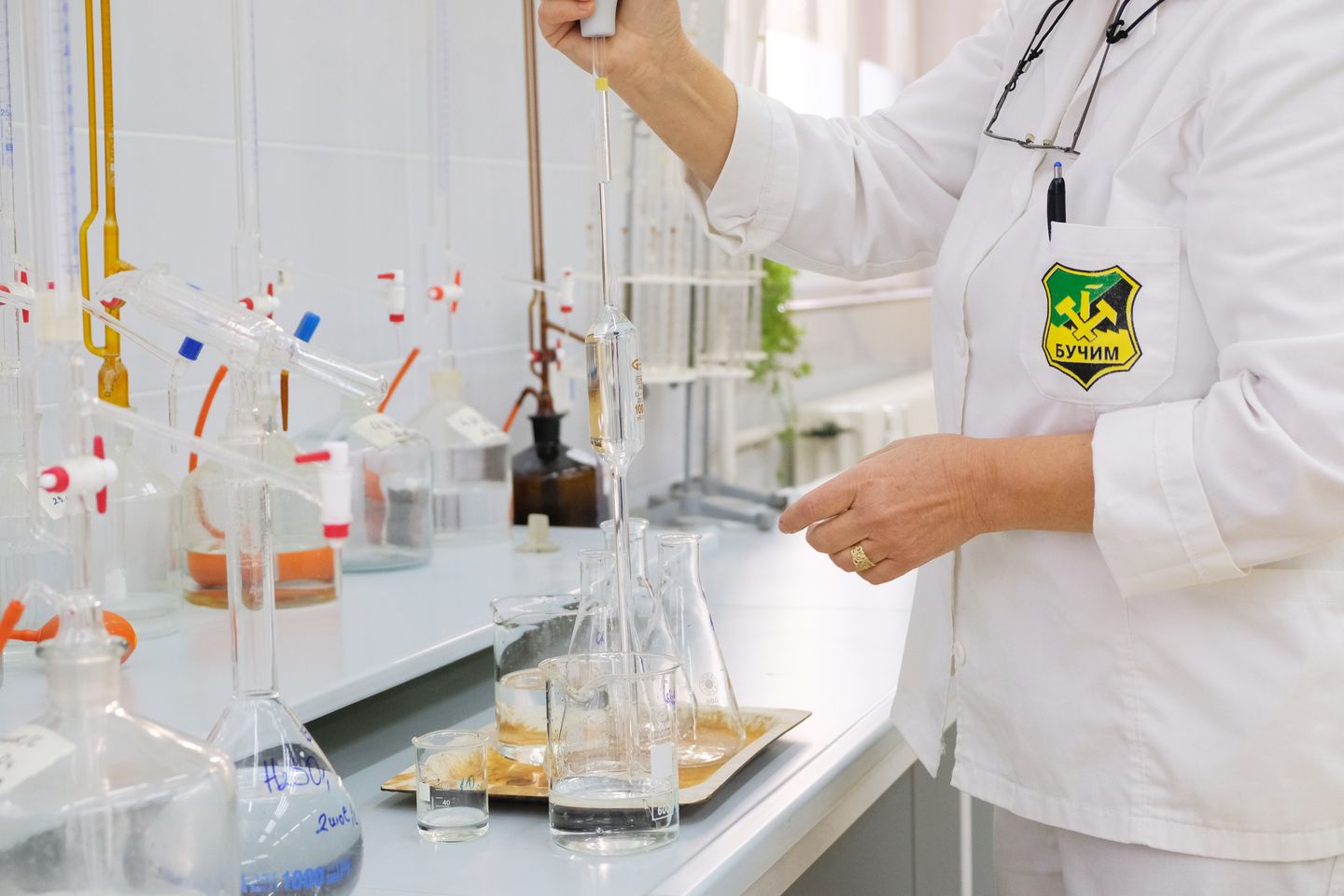 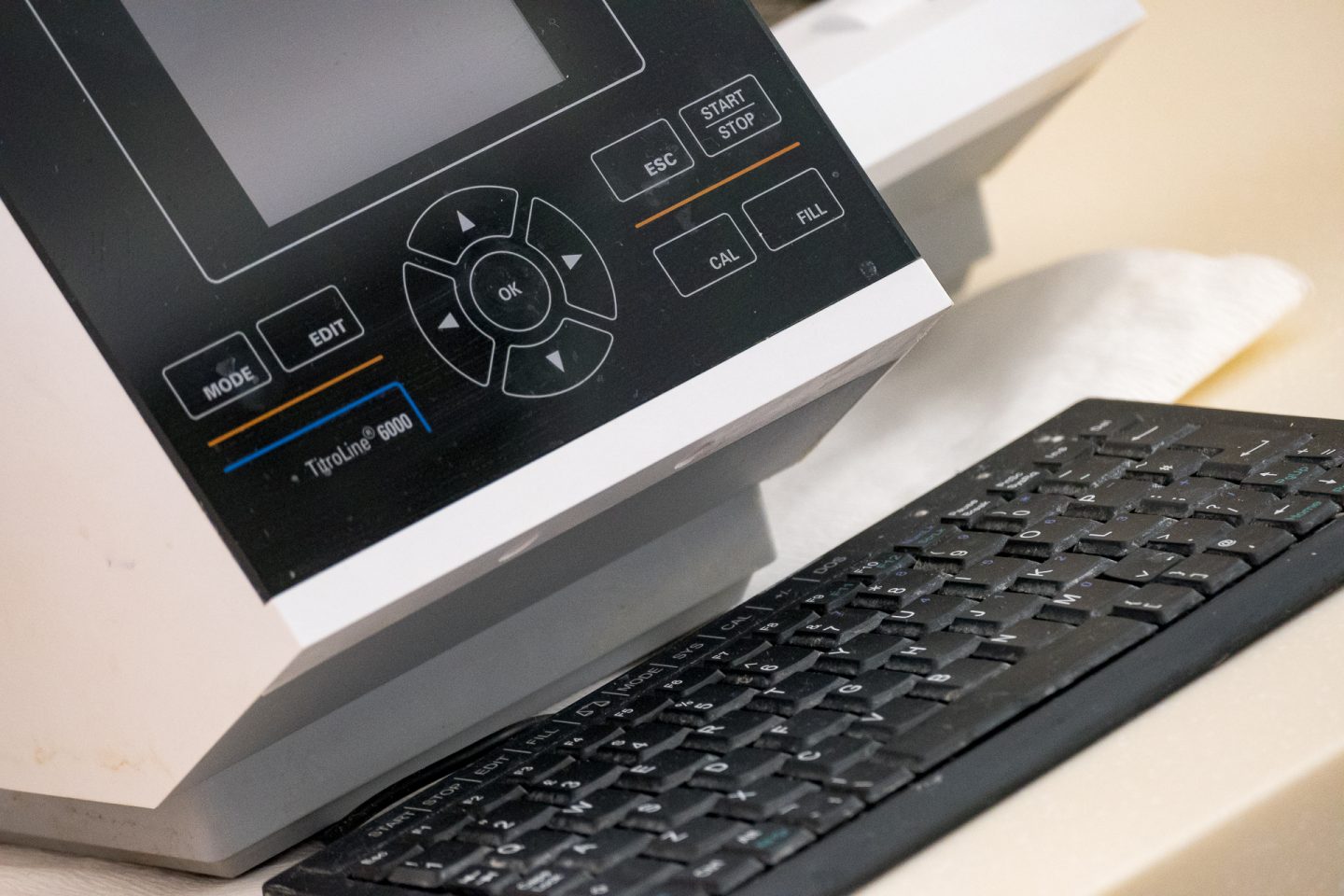 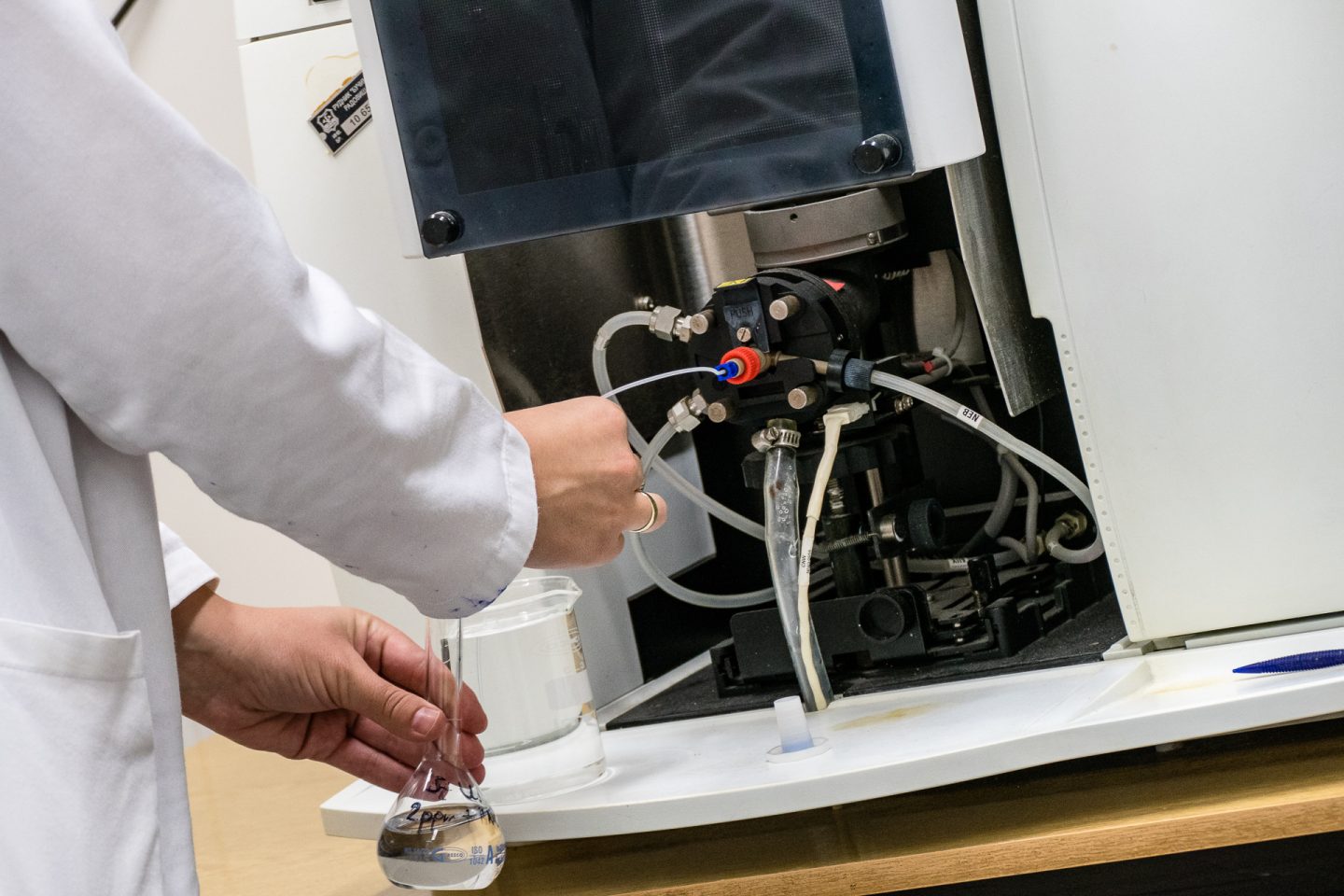 The chemical laboratory of the Bucim mine is an accredited laboratory with an implemented standard for testing laboratories ISO 17025: 2006. The accreditation is from the Institute for Accreditation of the Republic of North Macedonia with 16 accredited methods that cover most of the work of the laboratory for the testing of ores, water and lime.

The laboratory performs a number of tests on a daily basis both for the needs of the mine and for external clients with reliable and internationally recognized results. The chemical laboratory works on a permanent basis to all of the production and technological processes in the mine.