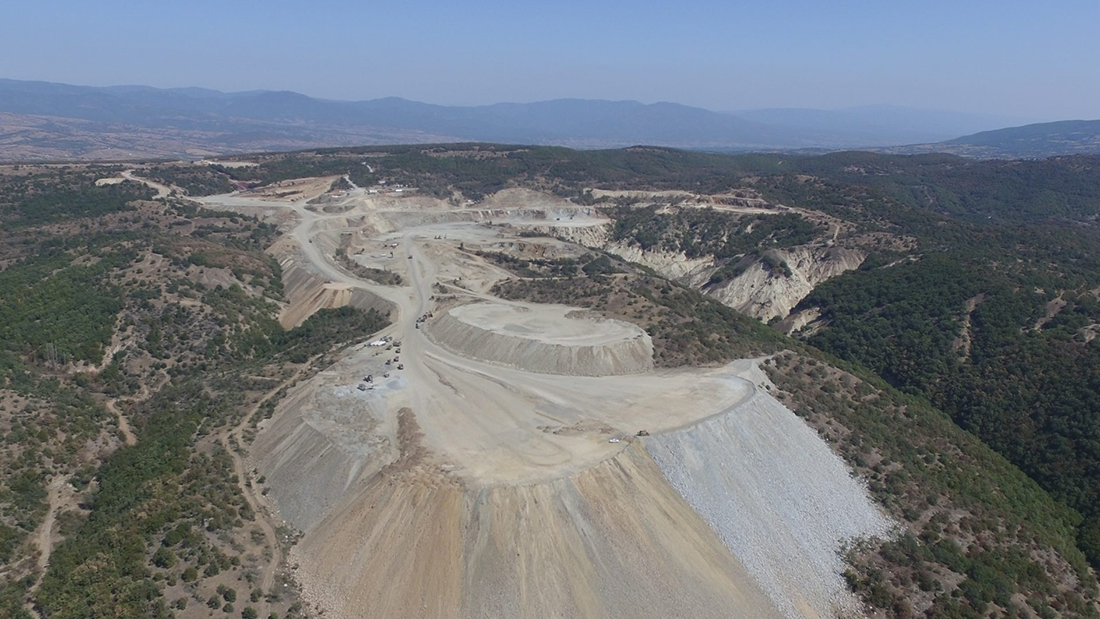 The new Borov Dol copper mine continues its development in accordance with the investment plan.

All preparatory works for construction of the conveyor belt were completed by early December. Preparation of the primary crush site and removal of the overburden are currently in their final stages.

The second tranche of the investment loan provided by Komercijalna Banka AD Skopje in the amount of EUR 5.5 million was approved and was used to finance construction of the conveyor belt, development of primary crushing equipment, and removal of the overburden. The total cost of the project is estimated as EUR 60 million, with plans to begin construction of the facilities in 2020.

The Borov Dol project is replacing the 40 year-old Bucim mine which is currently in the process of closing. The construction and operational plans have been developed to ensure a minimal environmental impact on the neighboring regions, and for the mutual benefit of the employees, investors and residents of the Konche, Radovish and Shtip municipalities.

To minimize potential environmental impact, the infrastructure development plan uses most of the Bucim’s existing processing and storage facilities, while transporting the extracted ore via a 7 km long covered conveyer belt. This modern engineering solution for ore delivery controls the spread of dust and reduces air pollution to a minimum. This new project preserves the jobs of most of the employees currently engaged in Bucim’s operations, and also creates new opportunities for the residents of Konche, where most of the Borov Dol mine concession is located.

“Our goal is to establish sustainable development at Borov Dol, with a focus on environmental, social and safety standards, thereby contributing to the positive development of mining in the region.” added Pavel Krivinsky, Manager of Borov Dol.