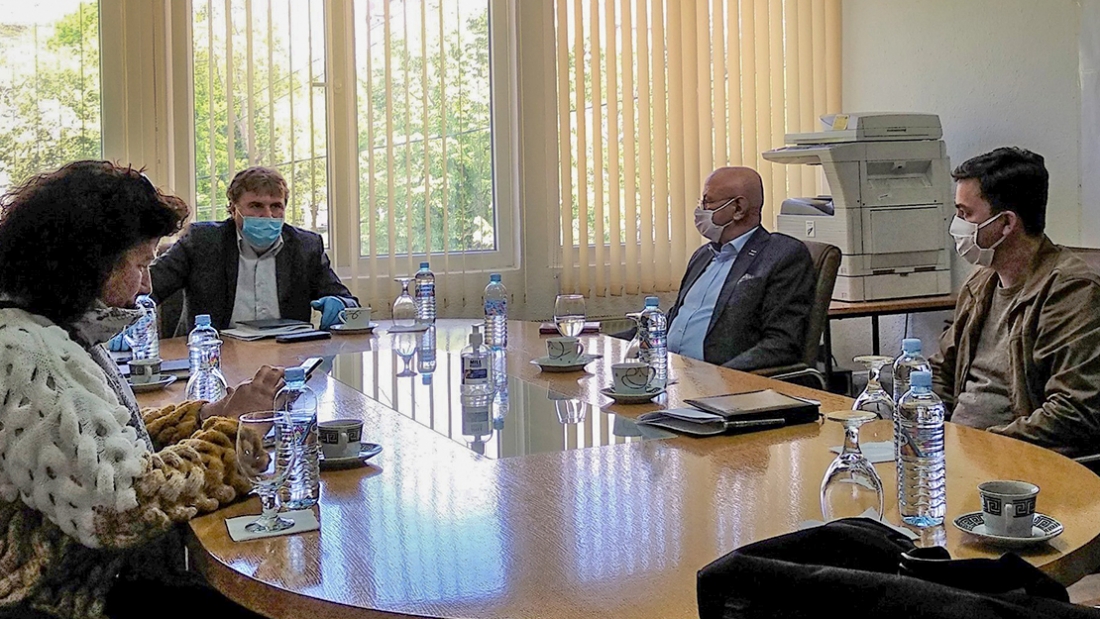 Yesterday, a working meeting was held on the premises of the Municipality of Radovish with the Deputy General Director of Bucim, Nikolajcho Nikolov, General Manager of Borov Dol, Pavel Krivinsky, the mayor of Radovish, Gerasim Konzulov, President of the Council of Radovish, Kole Charakchiev, and representatives of the Association of Architects and Construction Workers “Gardikon” – Radovish.

The opening of the Borov Dol mine will allow for copper ore mining to continue until at least 2030. It will provide for continued operation of existing facilities at the Bucim mine, the preservation of jobs for most Bucim employees, and the possibility of new jobs – instead of simply closing the 40-year-old Bucim mine, which is currently in the process of shutting down its mining operations.

The company’s strategy is to ensure a smooth and sustainable transition to mining at Borov Dol, preserving the jobs of most of the employees currently engaged in Bucim’s operations, and also creating new job opportunities for the residents of the neighboring municipalities.

At the working meeting, cooperation between the local construction companies from Radovish and Borov Dol was discussed. The new mine will continue the work of the Bucim mine, a socially and ecologically responsible enterprise that contributes to the sustainable development of its local communities. The Borov Dol and Bucim mines are fully supported by their international parent company, Solway Investment Group, which is committed to having a strong positive impact on the communities in which it operates.

“Our role as a socially responsible enterprise applies to all aspects of our business behavior. We understand and integrate social factors into our decision-making process at all stages of our activities. Bucim has a strong focus on local community relations and sustainable development,” added Nikolajcho Nikolov, Deputy General Director of Bucim.

“Sustainable and socially responsible operations, involvement of the local community, and care for the environment and occupational safety and health are all key to our operations. We recognize the needs of the local communities. Our responsibility to society is at the same time also a responsibility to the company in the long run,” commented Pavel Krivinsky, General Manager of Borov Dol.