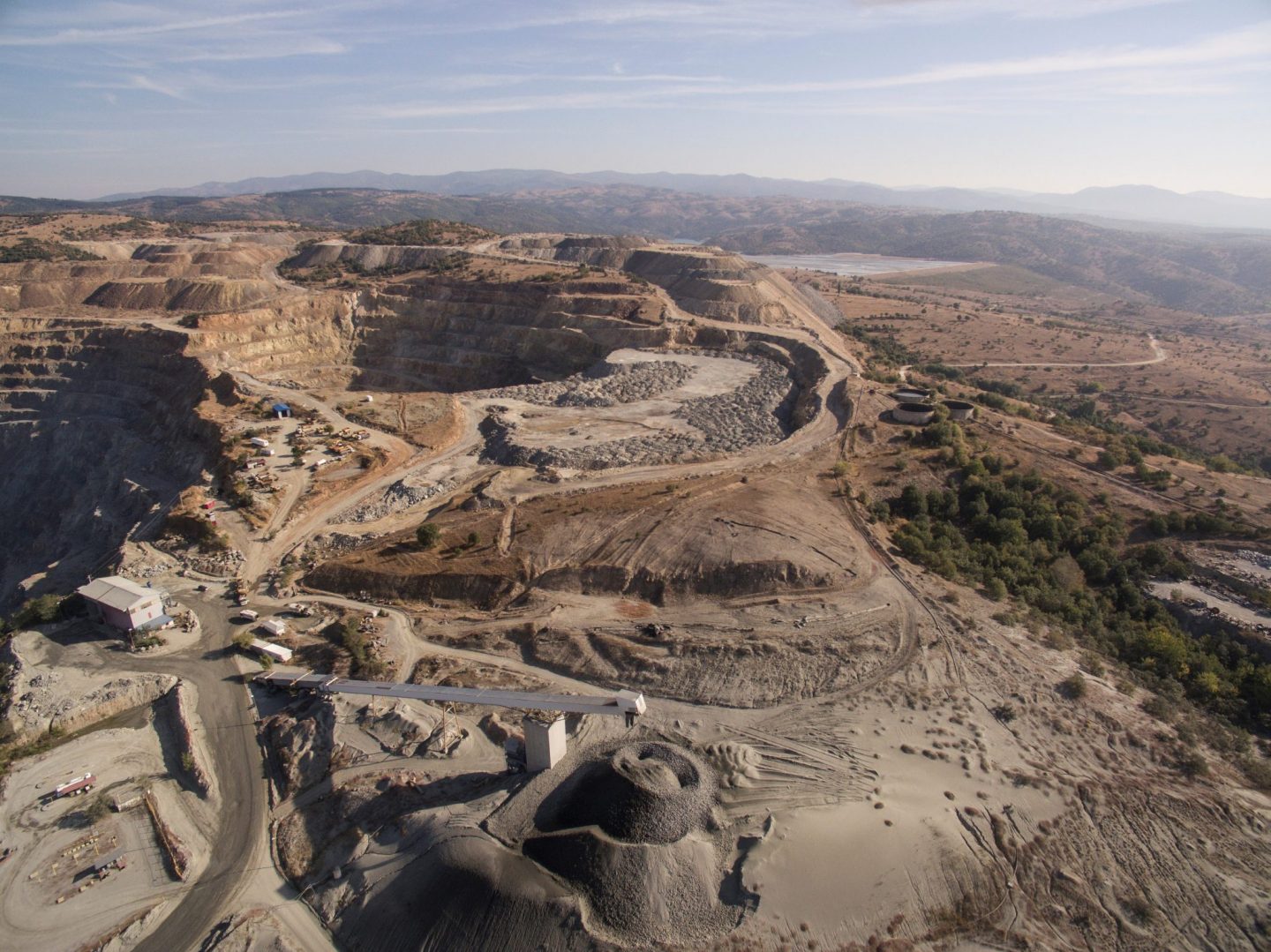 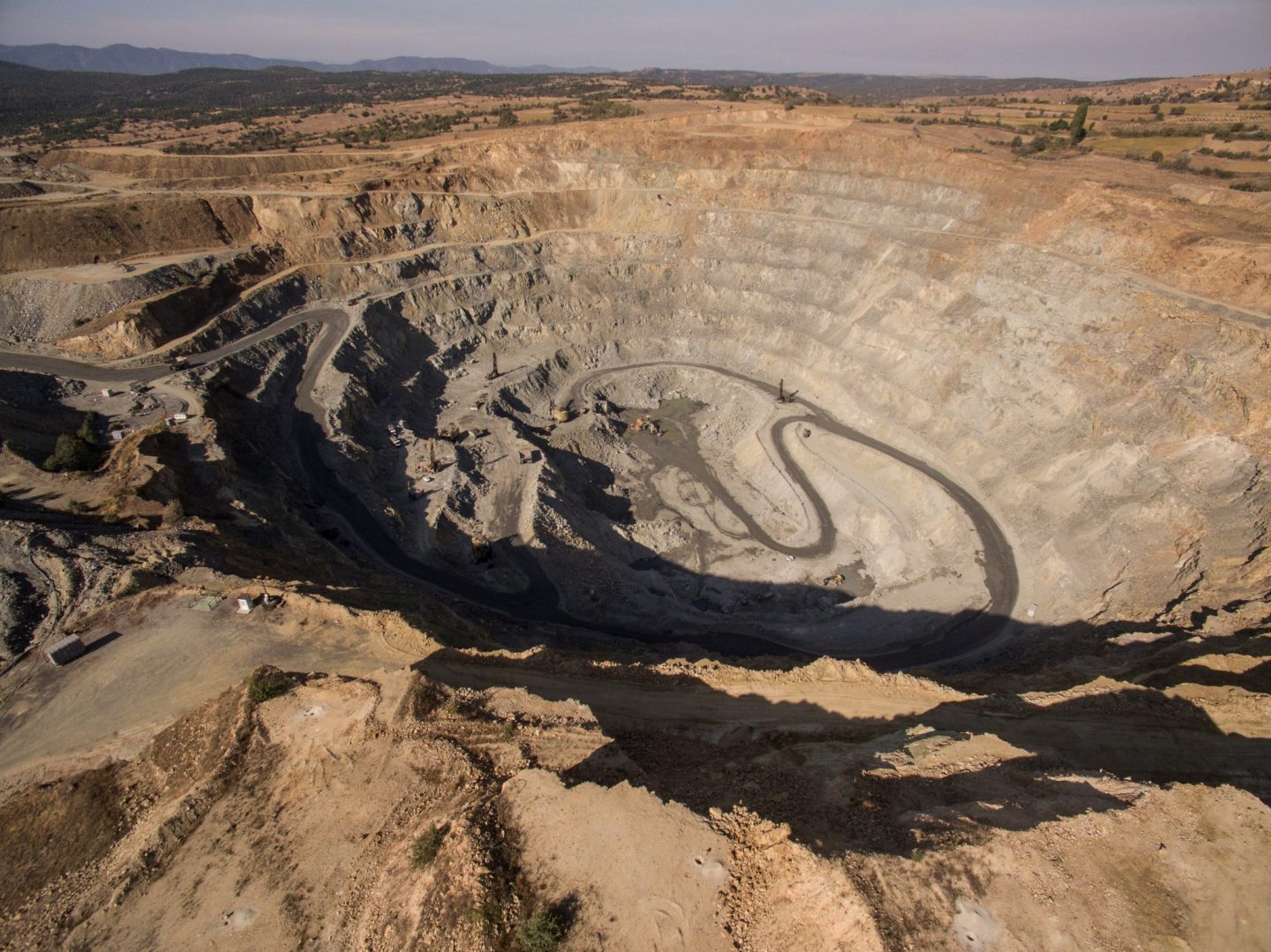 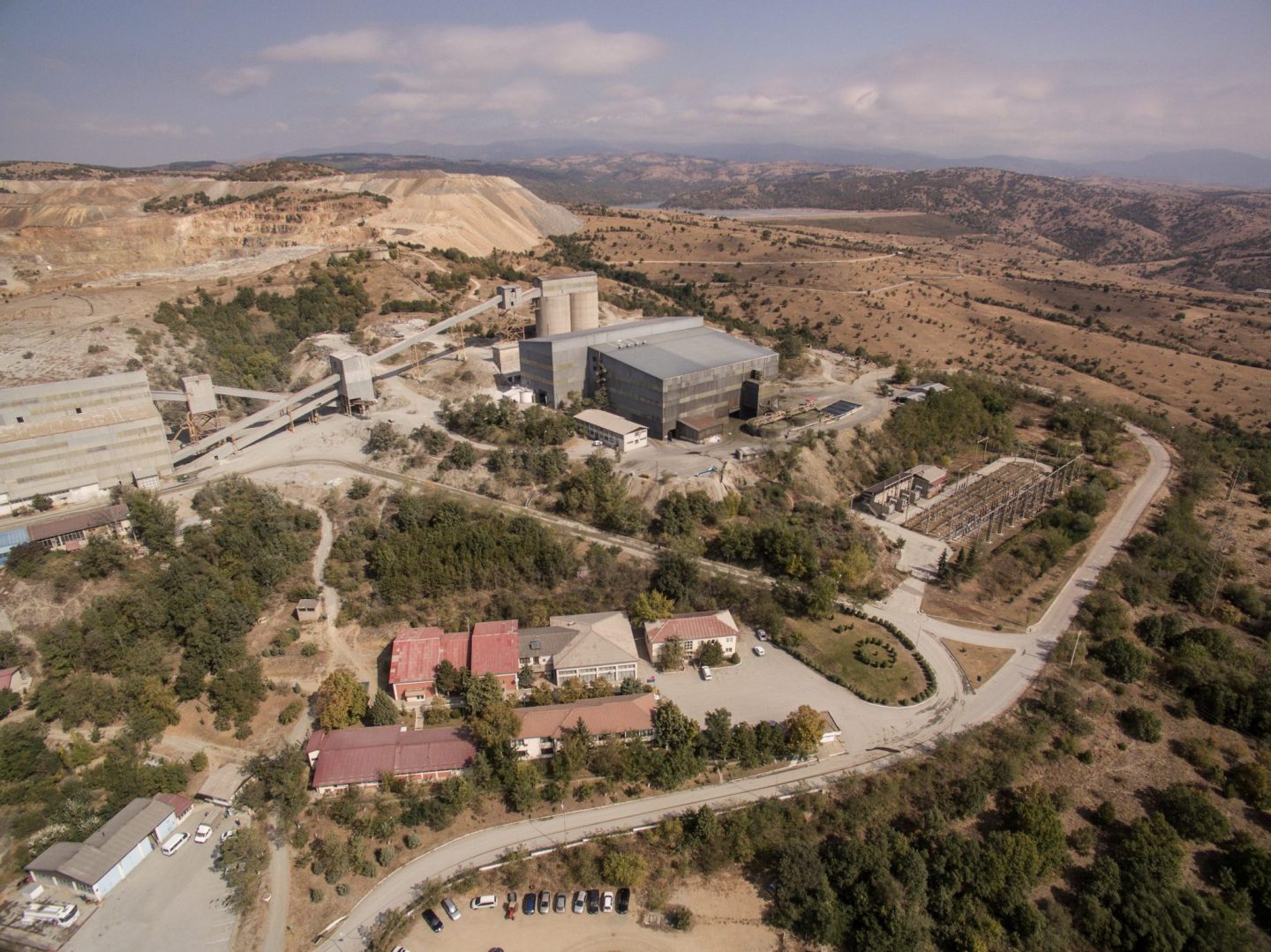 Bucim DOО Radovish is the only operating cooper mine in North Macedonia. It is located in Radovish in southeastern North Macedonia. Bucim is an open pit mine which produces a concentrate containing copper and gold. It processes over 4.5 million tonnes of ore annually. Bucim’s ore contains 0.2–0.3% copper and 0.2–0.3 gram per tonne (g/t) of gold. Over 40,000 tonnes of copper concentrate containing gold and silver are produced each year. The copper concentrate does not contain any significant impurities, and it is in high demand from European smelters due to its quality.

With 650 employees, the mine is the largest local employer in the region and is fully committed to its social and environmental responsibilities. 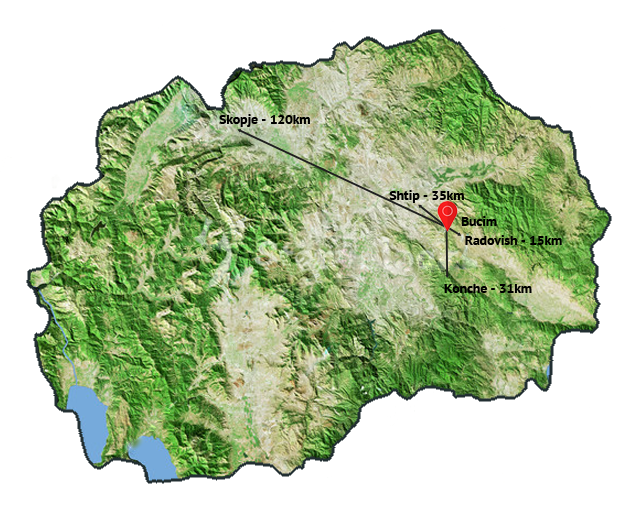 Since 2005, the Bucim mine has been a part of Solway Investment Group, which has enabled Bucim to pursue a new path and secured the mine’s long-term prospects.

Solway Investment Group has invested over €78 million in the Bucim mine. These investments have supported the modernization and development of the mine. Improvements include the introduction of automated processing operations, upgrades to the flotation circle, diversion of drainage water, a collection system around the Bucim mine (UNDP project), a warehouse for mining reagents, renovation of an old tailings dump, and implementation of a closed water consumption cycle.

Significant resources have been invested in the development of civil infrastructure and environmental protection in Radovish and the surrounding towns. Local athletic, cultural, and educational facilities have been upgraded, medical equipment was purchased for local hospitals, municipal roads were built and other local infrastructure was improved. Solway also introduced a closed loop and environmental management control systems.

Solway Investment Group invested €12 million in a solvent extraction and electrowinning (SX/EW) plant to process the oxidized part of the deposit and to extract residual copper from waste stockpiles which remained from the previous decades of Bucim’s operations. The SX/EW plant also reduces the mine’s environmental impact.

Within the Bucim project, Solway is developing the Borov Dol mine, which will extend the life of Bucim’s operations to at least 2030. The proposed mining area contains proven and prospective reserves approximately 40 million tonnes of ore containing 0,26% copper and 0.20 g/t of gold. The life of the mine may be substantially extended further when new reserves to the north of the ore body are delineated. 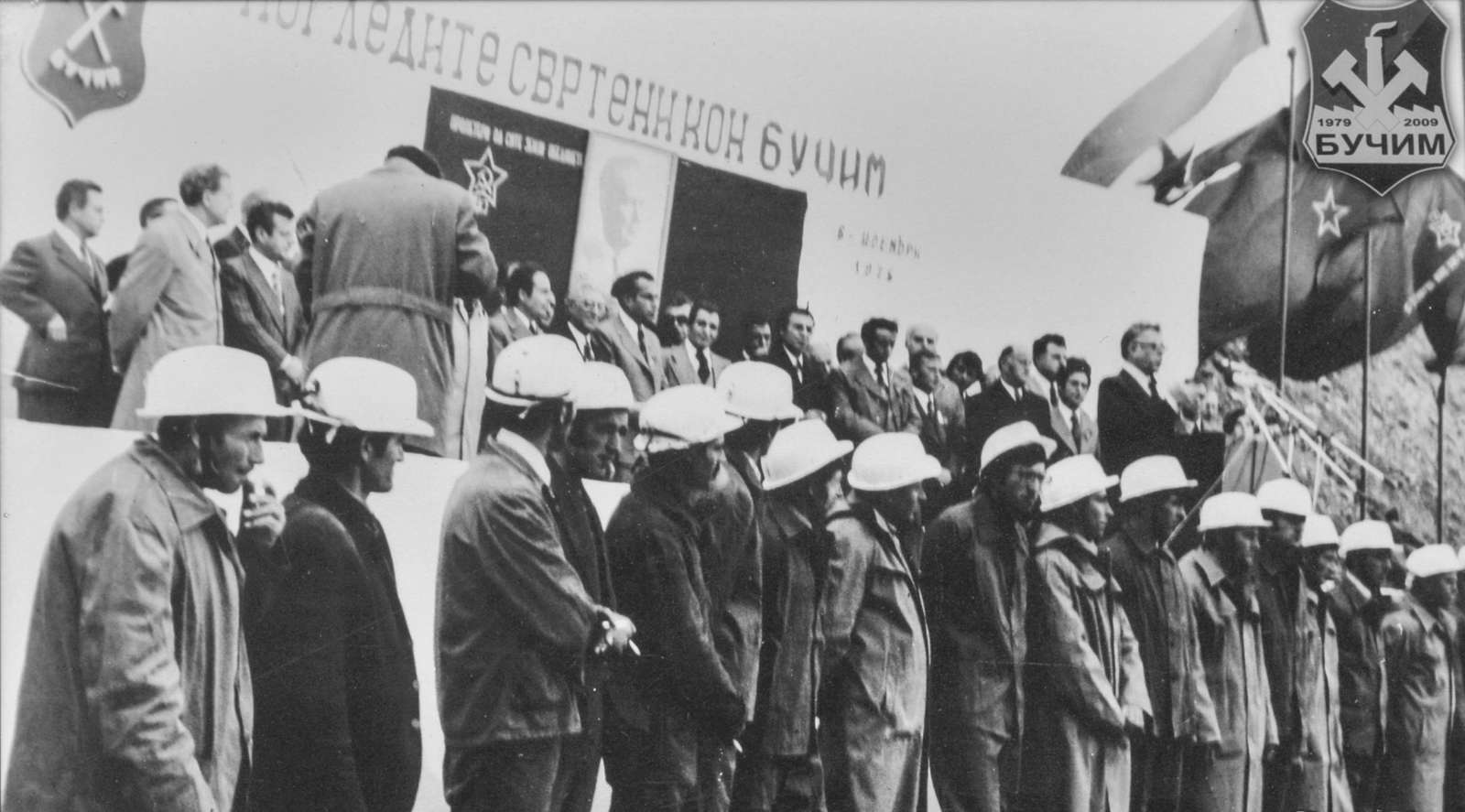 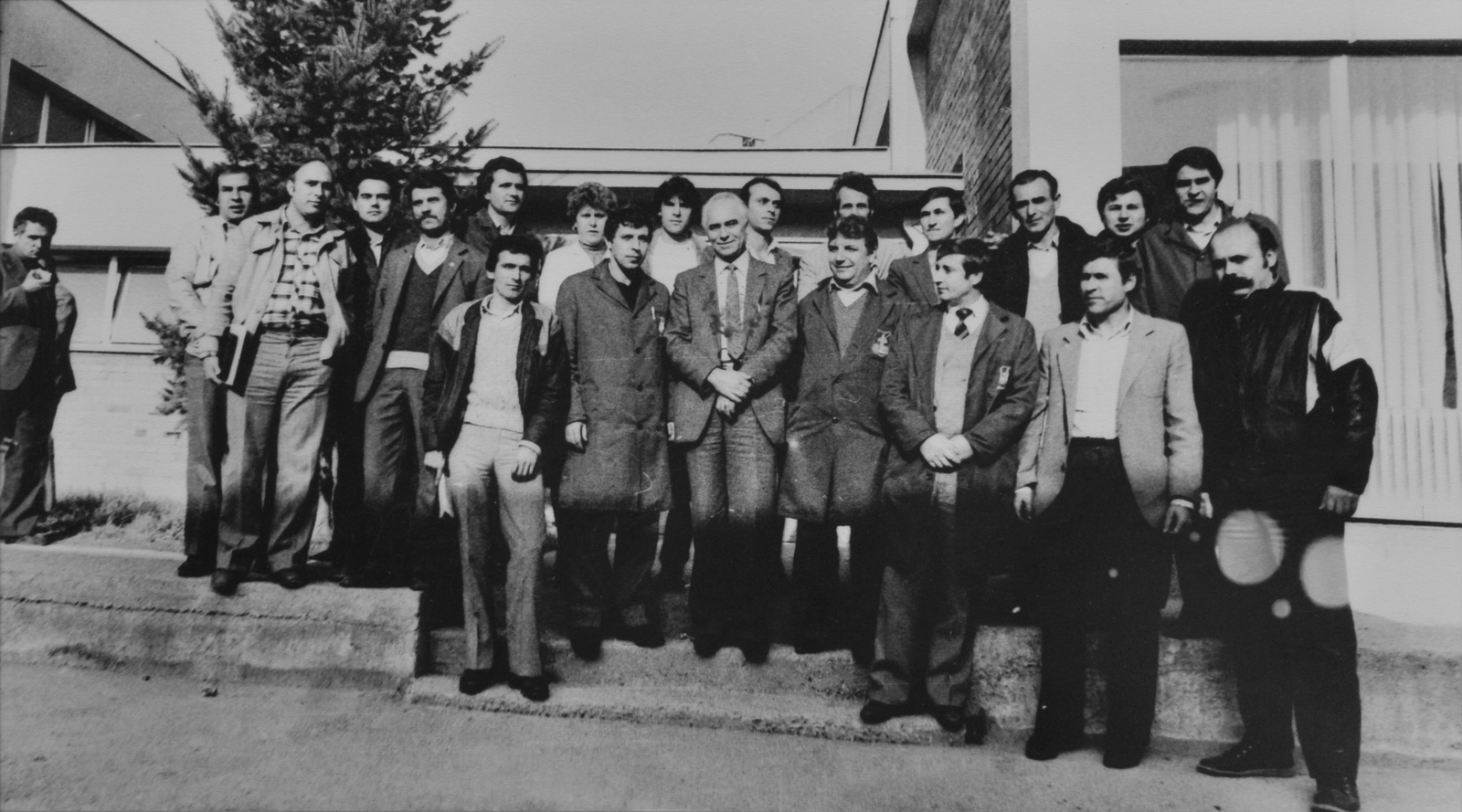 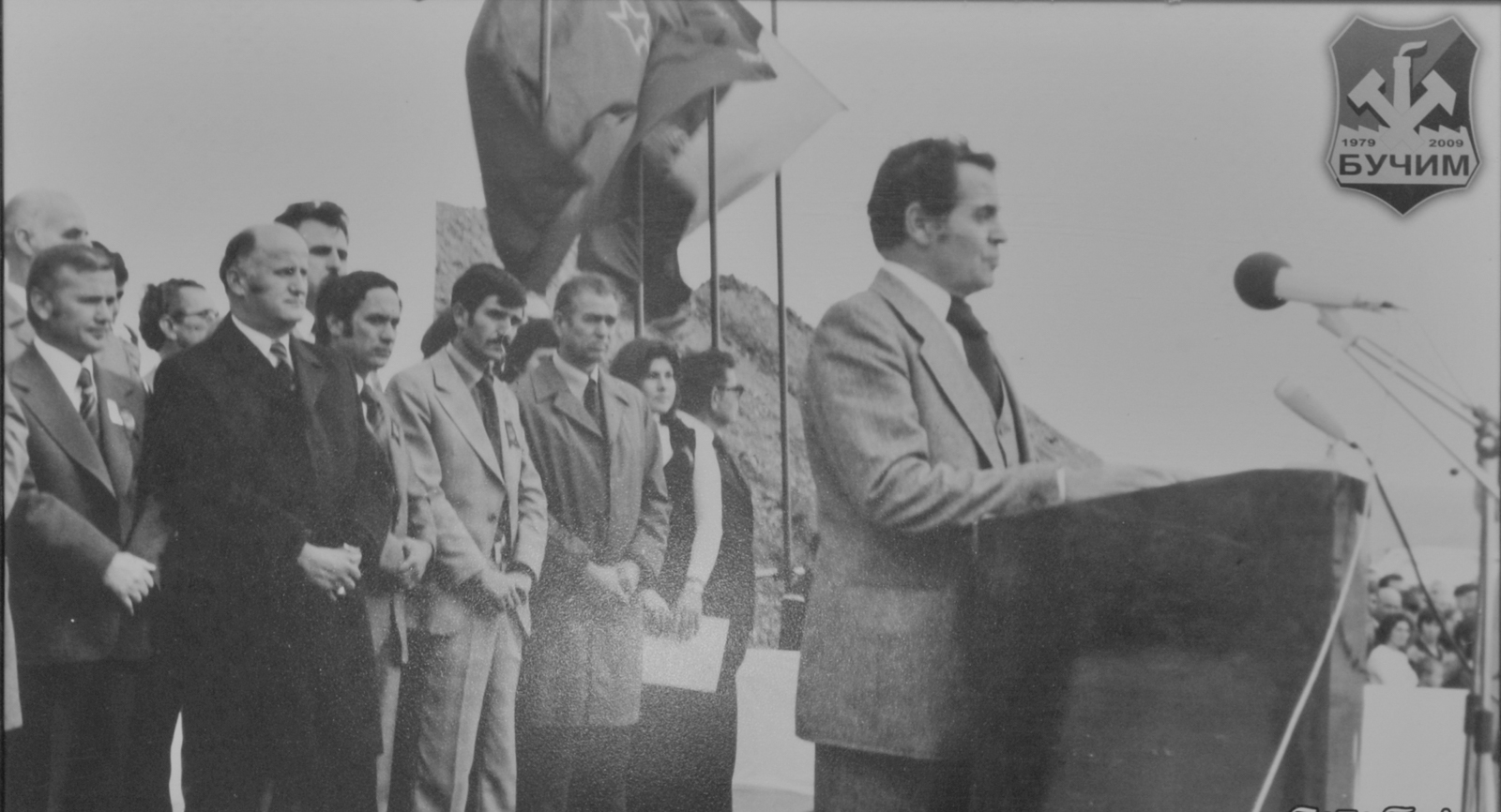 The history of the discovery of ore deposits in North Macedonia dates back to the pre-war period. More detailed research was carried out in the region after World War II. The idea for the Bucim mine began back in 1972 with the decision to build the mine. Active exploitation began in 1979 as a conventional open pit copper and gold mine and a flotation mill. The mine was continuously operated until 2000 as a state-owned enterprise. The mine has been operating as a private company since early 2003, but that company filed for bankruptcy and production was temporarily halted. A new era for Bucim began in early 2005 when Solway Investment Group acquired the mine, having won the government’s international tender. Within a short period of time, Solway Investment Group repaired or replaced the mining equipment, and implemented upgrades to the flotation circuit.

Over the past four decades, Bucim has undergone a number of transitions to become the company that is today.

The first two exploratory holes are made at the site of the Bucim mine site to verify the copper content of the ore.

Research begins on copper mineralization under the leadership of the geological service of the lead and zinc mine, Zletovo.

Investigative works continue at the Bucim site, led by the Skopje Geological Institute.

Complex surveys are undertaken. The research was carried out and funded by the Republic Council for Research in the Mining Industry, RTB Bor, Jugobakar and Bucim. As a result, four bearings or four ore bodies in Bucim were confirmed and registered:

Decision No. 02-1328 is adopted by the Assembly of the Municipality of Radovish for the establishment of an enterprise under the name: Company for Exploitation of Copper Ore, Production of Copper and Copper Products Bucim-Radovish

The Bucim mine is constructed

Bucim operates as a state-owned enterprise

The mine is owned by the private company, Semkorp

A cathode copper production plant is put into operation

The Ministry of Economy of the Republic of North Macedonia grants a license for the exploitation of a mineral resource - copper at the new mine / ore body, Borov Dol.

To be a leader in the sector in which we operate by continuously developing innovative technologies and applying high professional standards. Bucim mine is a leading economic engine in the region, with a focus on the best traditional and innovative production practices. The company is recognized and respected for its exceptional economic, environmental and social performance.

Bucim is focused on profitability, a growing production profile, and operating in a safe and responsible manner. Bucim strives to be a role model for responsible mining and good corporate governance.

As a Solway Investment Group company, Bucim shares the group’s corporate values and is committed to the highest standards of health and safety, environment protection and sustainability. Bucim has a strong focus on local community relations and sustainable development.

Bucim acts responsibly and strives to make a positive contribution to the environment and local communities through our activities. It is critical to maintain stable and sustainable development, while growing and creating shareholder value. Being welcomed in a community where we operate demands responsible social, economic and environmental performance across everything we do.

Bucim’s passionate, professional team remains true to the company’s philosophy: by pursuing excellence and working together, we can create value and opportunities which allow us and the local communities in which we operate to grow and flourish. We’re committed in heart and mind.

We are consistently honest, ethical, and fair in our words and actions. We honor our commitments and work to maintain our reputation in the mining field. What we do, we must do well. Bucim’s reliability, successful track record, and global scale of operations inspire confidence in our ongoing performance and prospects for the future.

Our comprehensive process of operation and action is based on full transparency, accountability and integrity.

Investment always involves a degree of risk and a range of challenges. Our culture of constant innovation and our passion for professionalism have led to new ways of working, both in the development of processes and product.

We achieve excellent performance through teamwork, diligence, and innovation. We are persistent in our pursuit of doing better and focus our resources, time and effort to achieve maximum efficiency and productivity. Professionalism and passion drive our company, and we strive to promote a culture which embraces challenging situations requiring strong management skills and technological expertise. 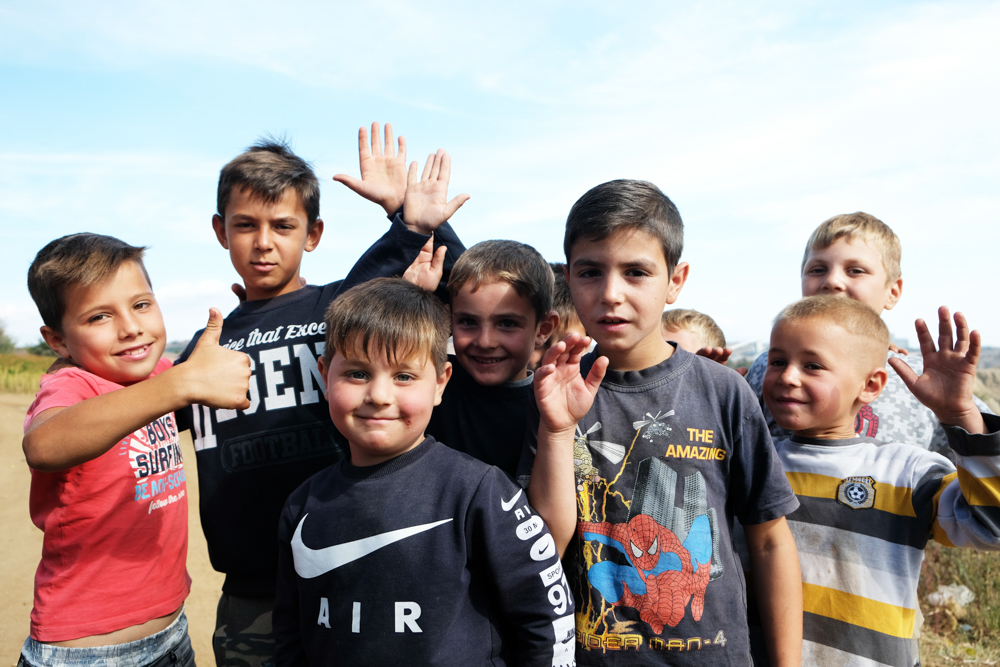 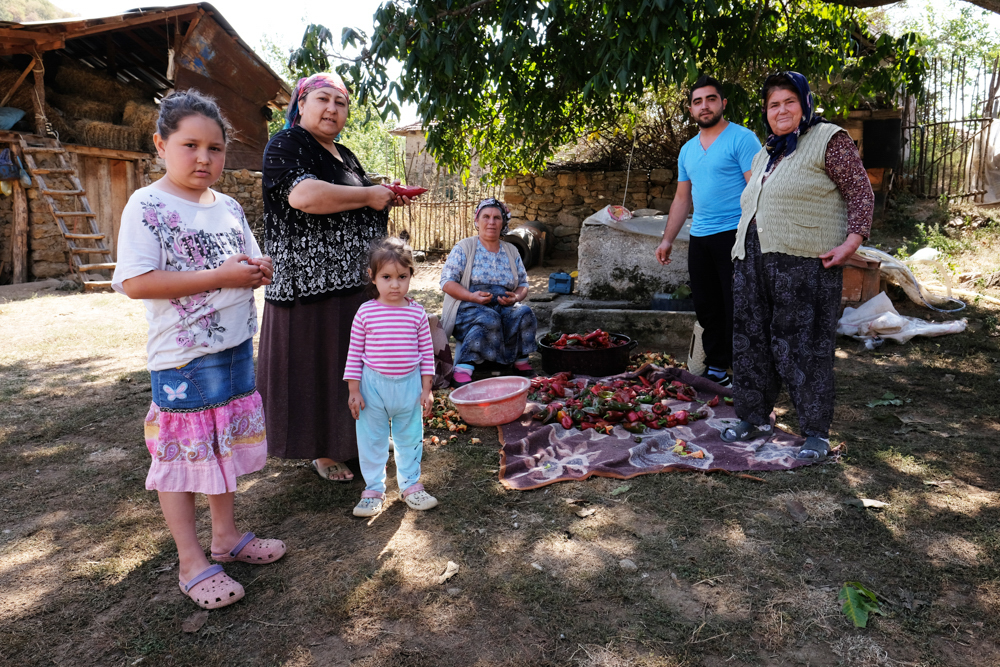 Bucim mine is a company that is socially and environmentally responsible.

Bucim is committed to making a positive impact in the communities in which we operate. We understand that the role of social responsibility extends to all aspects of all activities, including health, safety, environment and social. We integrate social factors into our decision-making process at all stages of our activities – from exploration and operations through closure and reclamation.

Since 2005, Bucim has made significant investments in the community and in support of  environmental protection. Bucim, as a Solway group company, is continuing its efforts to make lasting contributions to society and will maintain the highest standards of integrity and transparency in its social and economic development programs.

Bucim is continually improving its environmental footprint. The company aims to identify, reduce and, if possible, completely eliminate any significant environmental impact caused by the mine’s production activities. Bucim strives to ensure that all of its operations protect and improve the quality of the local land, air, and water.

Bucim is fully supported by its international parent company, Solway, and manages to have a strong positive impact on society. The company is proud of the results that come with this kind of work. 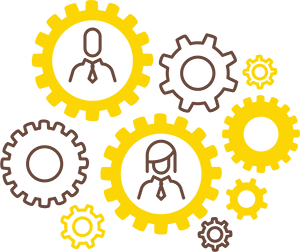 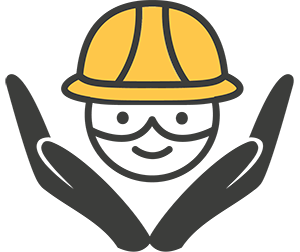 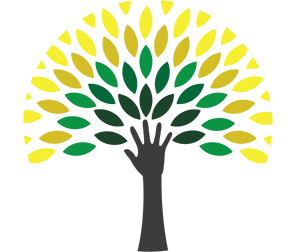 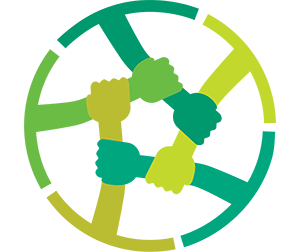 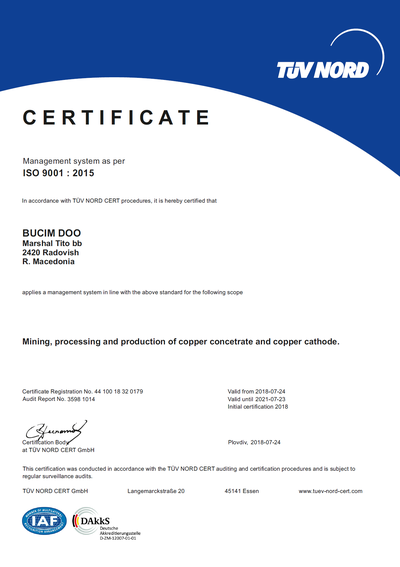 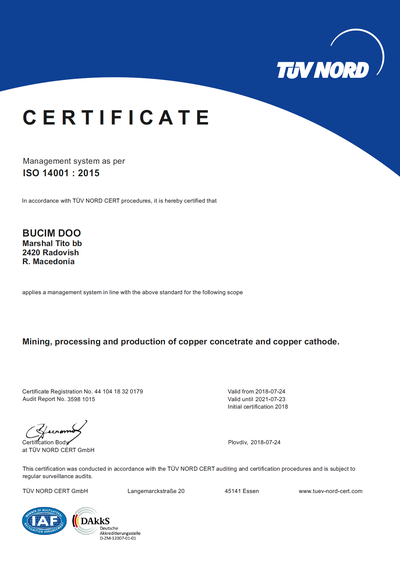 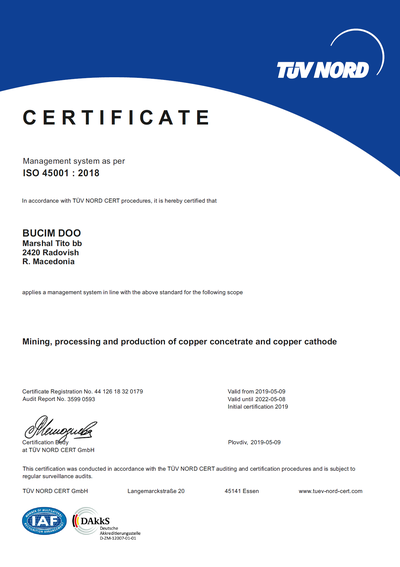 Oleg Chusovitin was born in 1978, in Rezh, Sverdlovsk Region in the Russian Federation. After finishing high school in his hometown, he enrolled and graduated in non-ferrous metallurgy engineering from the B.N Yeltsin Ural Federal University in Ekaterinburg, Russia.

He began his career in 1998 at the Rezhnikel factory as a smelter operator and was later promoted to chief engineer. He stayed at this position until 2016. Between 2016-2017 he worked as the production manager at the Rezhevskaya abrasive factory. In 2017, he joined Solway Group and was transferred to the Pronico factory in Guatemala, where he served as deputy head of the smelting department.

Oleg Chusovitin was appointed General Manager of Bucim in Radovish on June 07, 2021. 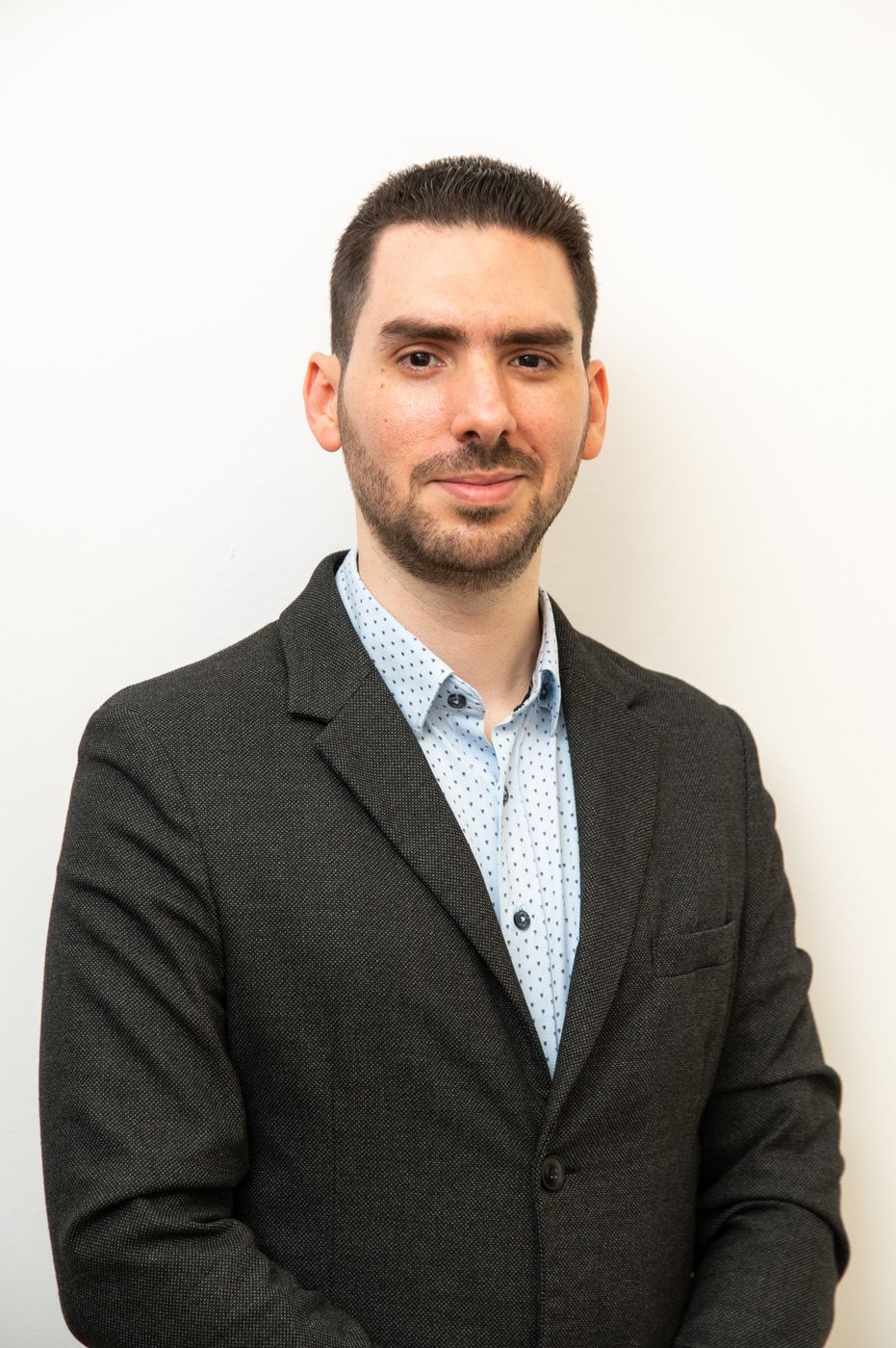 Humberto Matheus was born in 1986, in Ocumare del Tuy, Miranda, Venezuela. After finishing high school in his hometown, he continued his education in the Russian Federation at Rostov State University, from which he was graduated in the class of 2012.

He has been working in the mining and metal industry sector for nine years, and is currently general manager of the Borov Dol mine in Radovish. He began his professional career in 2013  when he joined Solway Group as part of the work team at the Pronico metal processing facility in Central America, Guatemala. Over the course of his career development, he has served in various management position, including general director of the nickel mine in Guatemala (CGN). From 2018 to 2021 he was director of administration at Pronico, and in October 2021 he was appointed general manager of CGN. He stayed at this position until January 2022, when was transferred to the Borov Dol copper mine.

In February 2022 he was appointed General Manager of Borov Dol in Radovish.

Solway Investment Group is a private mining and metals group headquartered in Switzerland with global operations. Solway invests in industrial assets, relaunches producing assets and develops greenfield projects. The Group identifies unique investment opportunities with the potential to have a significant positive impact on both the production facility and the region.

Solway operates mines and smelting plants in Guatemala, Ukraine, Russia, North Macedonia, Indonesia and Argentina, with a focus on nickel production. Solway has a strong portfolio of mining and metals projects at various stages of development, and the group is working to increase both its mineral reserves and production capacity.  Solway strives to bring not just projects, but also local communities, back to life.

Despite having owned the Bucim mine in North Macedonia for only a short period of time, Solway has repaired or replaced the mining equipment and implemented upgrades to the flotation circuit.

Solway embraces challenges and continuously manages ambitious projects successfully. Successes in North Macedonia demonstrated that although on-site management could be technically, socially, and economically challenging, reviving this project was not impossible.

Solway Investment Group views the positive changes that have occurred in the regions of the group’s operations as a great source of positive motivation. Solway seeks to identify opportunities where the group can make a substantial and positive impact on a project and its associated local community. It is hugely rewarding for all involved when these changes occur. Not just for our shareholders, but also for all of our stakeholders, we take responsibility for the social and economic well-being and sustainability of our employees and of the communities in which Solway operates. We are dedicated to employing best practices and ensuring total accountability.