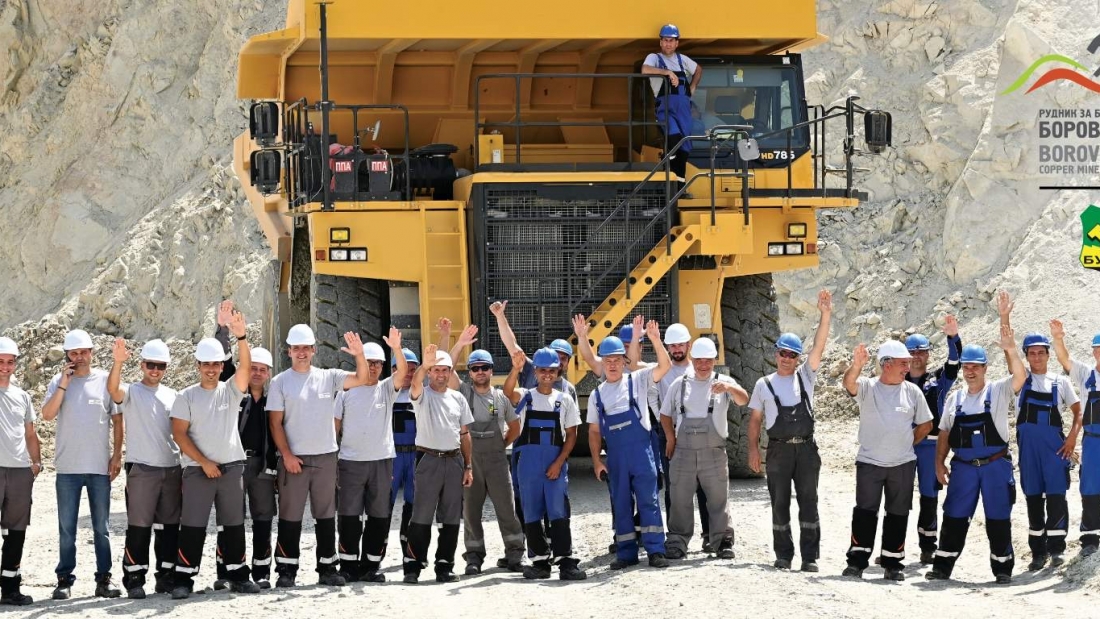 August 28th marked the Christian holiday in celebration of the Mother of God, who is also believed to be the patron saint protecting miners. Bucim and Borov Dol in Radovish marked the holiday by celebrating Miners’ Day which falls in North Macedonia on the same day.

On the day of the mining profession, Bucim and Borov Dol copper mines awarded cash prizes to all of their employees. Employees were thanked for their commitment and dedication. The best miners were also awarded additional cash prizes for their outstanding contributions.

“Every profession is honorable, but the mining profession deserves special respect and recognition. Without miners, we would not have enough electricity nor heating, especially now that these things are so often taken for granted in modern society. Most people don’t stop to think about how these essentials are provided. If we stop and look around, we see how much comfort in our daily lives depends on minerals extracted from the earth. Miners are the reason we live comfortably.Thank you for everything you do for us! To all our employees and colleagues in the mining industry, I congratulate you on this occasion of Miners’ Day and wish you all health, happiness and well-being. May this holiday be for many years. Good luck!,” said Oleg Chusovitin, General Manager, Bucim.

Addressing the audience, Borov Dol General Manager, Pavlo Krivinskyi, said: “I would first like to briefly address the investment that extends the life of Bucim. Due to the depletion of ore reserves, instead of the inevitable complete closure of Bucim at the beginning of 2021, Borov Dol was built and opened, which retained the jobs of employees, created new job opportunities, and continued the local mining tradition. In a relatively short period of time, we have managed to build a modern mine, developed in accordance with all standards that ensure responsible and sustainable mining. In the past, we all worked tirelessly and responsibly and did not allow the mining in this area to stop. You all stand behind our mutualsuccess. Thanks to all of you, we are proud of what we have achieved together! This holiday is an occasion to be proud of the people who represent the mining industry. Miners’ Day is a symbol of cooperation, courage and hard work, so I thank all our miners for their tireless commitment and dedication. A deep bow!”

In honor of the mining holiday, in addition to the awards ceremony, the municipalities of Radovish, Konche and Shtip, on whose territory Bucim and Borov Dol mines operate, donated €5,000 to each municipality. At the same time, on th eChristian holiday falling on the same day, as a sign of gratitude to patron saint of the miners, a donation of €4,000 was made to the Monastery of the Holy Mother of God in Kichevo. The funds will be used towards completion of construction of the monastery fountain by covering the roof with copper.