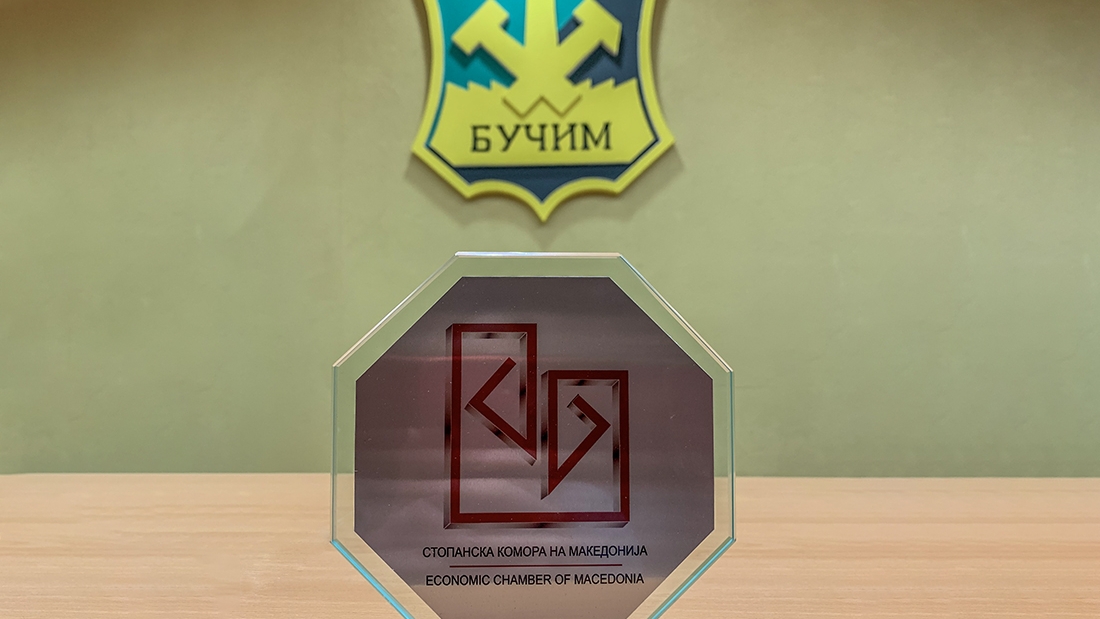 In celebration of the 98th anniversary of the Economic Chamber of Macedonia, awards and recognitions were presented on February 19, 2020 to the Chamber’s member companies, recognizing their business activities in 2019 as well as their continued contribution to the development of North Macedonia‘s economy.

In honor of the Chamber’s 98th year of operations, Bucim DOO Radovish was awarded the “Award for a Longtime Active Member of the Economic Chamber of Macedonia”. The award, an official recognition of the business community of Bucim mine’s valuable contribution to the development North Macedonia’s economy, was presented to Bucim DOO Radovish Deputy General Manager, Mr. Nikolajcho Nikolov.

“Bucim Mine is constantly striving to contribute to the development of North Macedonia’s economy through its investments and activities. The affirmation of our operations and the mine’s contributions by the business community gives us even greater impetus to continue our work towards investing in and improving North Macedonia’s economy,” commented Nikolajcho Nikolov, Deputy General Manager of Bucim DOO Radovish.

Bucim, as a long-standing member of the Economic Chamber of Macedonia, is actively involved in the work of the Macedonian Mining Association, MAR, as well as that of the Chamber’s working groups.

The event was held on the premises of the Economic Chamber of Macedonia in Skopje, in the presence of representatives of the economy, state institutions and diplomats.