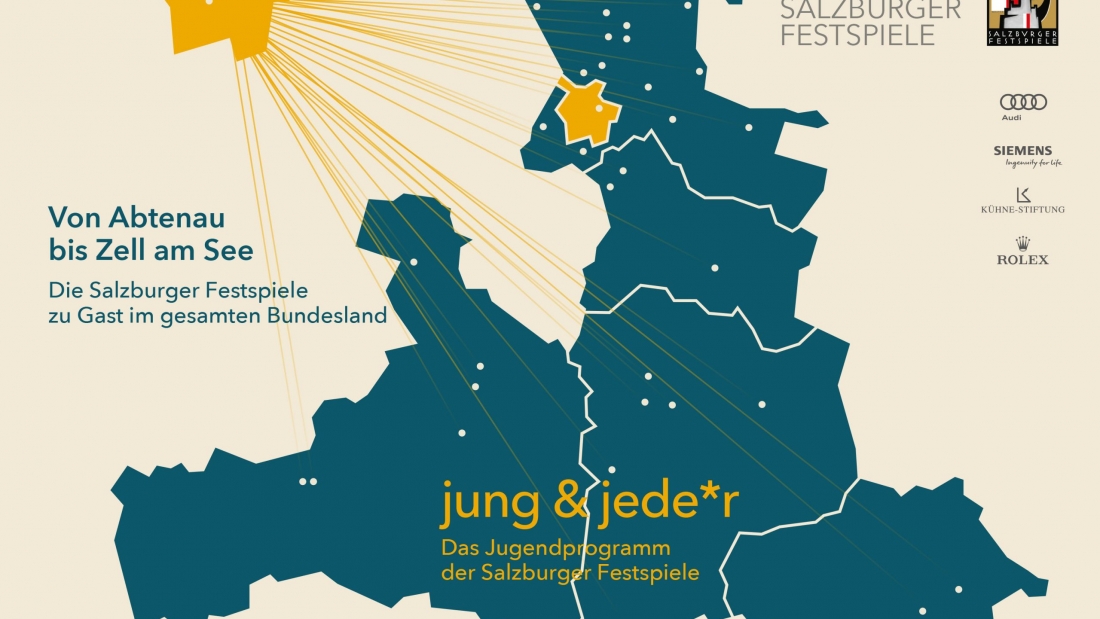 The 2020 Salzburg Festival marks the first season in which Bucim and Solway’s Creative Fellowship project has been integrated into the festival’s Jung&jede*r youth program. This partnership has already been recognized for the benefits which it offers, as Jung&jede*r was shortlisted for the FEDORA Education Prize last week.

Bucim first participated in the Solway Creative Fellowship program in 2016 when its parent company, Solway Investment Group, entered into a partnership with the Salzburg Festival and became the official sponsor of the Salzburg opera camps for children and youth.

Beginning in 2016, Bucim announces a call for applications each fall for young creatives living in Radovish and Konce who would like to further develop their talents, learn English and have the experience of attending an international camp where together with youngsters from all over the world they will stage an opera performance. The program is aimed at broadening the future perspectives of young Macedonians by integrating their national cultural experiences in an international context. Over 60 young talents have participated in the Creative Fellowship program since it first was introduced in North Macedonia.

Last week, the European cultural and philanthropic network, FEDORA, announced that the Salzburg Festival’s Jung&jede*r program has been shortlisted for the Educational Award. FEDORA recognizes innovative projects which encourage the involvement of new and broader audiences while fostering social integration amongst the participants.

“We were thrilled to hear that the program in which Bucim is indirectly involved was shortlisted for its achievements in social integration among the participants. Supporting a project which has been recognized on a pan-European level proves that Bucim is on the right track in its efforts to positively influence sustainable development of the local communities in which the company operates.“commented Nikoljacho Nikolov, Deputy General Manager of Bucim DOO Radovish.

FEDORA is a European cultural and philanthropic network and initiative that was selected by the European Commission to benefit from its Creative Europe funding program. This funding has allowed the initiative to launch its European Platform in support of artistic innovations in opera and ballet through privately-funded prizes. All FEDORA prizes lead the way in celebrating new talents and ideas in opera and ballet which will shape the future of these art forms.